The international misadventures of fashion model Derek Zoolander, who is hired to stop a secret cartel of political assassins posing as male models. While Derek tries to infiltrate the fashion/assassin clique led by the mean-spirited designer Mugatu, he must also contend with Hansel, a dense, on-the-rise male model who poses a threat to sabotage Derek's mission--as well as his modeling career. 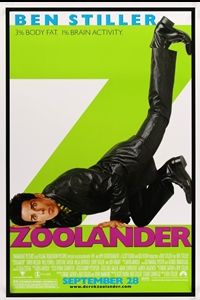 Rating:12A
12A CertificateFilms classified 12A have been deemed appropriate for viewers of twelve and over. However, they can also be seen by younger children - provided they are accompanied by an adult who has deemed the film appropriate viewing for that child. In such cases, IFCO strongly recommends that parents/guardians make informed decisions by accessing the consumer advice available on this website.
Country: United States, Germany
Language: English
Released:30 November 2001
Duration: 105 min
Genres: Comedy